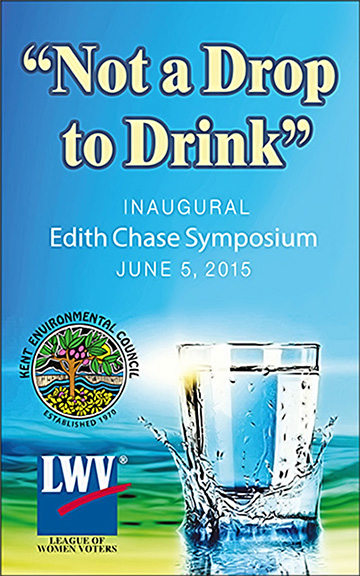 A multi-media presentation and panel discussion of the circumstances that turned a part of the World's largest system of surface freshwater undrinkable. Why half a million people on the Lake Erie shore had to truck in drinking water for a week in August – the eyewitness account, the biochemical explanation, and the legislative reaction. In August, 2014, a toxin called microcystin made the water distributed by the municipal system of the City of Toledo, serving hundreds of thousands of people, not safe for drinking. That toxin was produced by a massive algae bloom in Lake Erie, the source of Toledo's water. This presentation describes the effects of the loss of drinkable tap water on the people of Toledo, the causes of the algae bloom that produced the toxic contamination, and what steps governmental authorities have taken in response to this event. The presenters are: Tom Henry, award-winning environmental reporter for the Toledo Blade, who reported Toledo's water crisis and lived it; Dr. Robert Heath, Chair of the Ohio Department of Natural Resources Coastal Resources Advisory Council, professor emeritus of Kent State University who has researched Lake Erie ecosystems for forty years; and Kristy Meyer, Managing Director of Agricultural, Health & Clean Water Programs for the Ohio Environmental Council, who has worked for more than a decade with the decision-makers to put in place sound policies to protect and restore Ohio’s waterways. 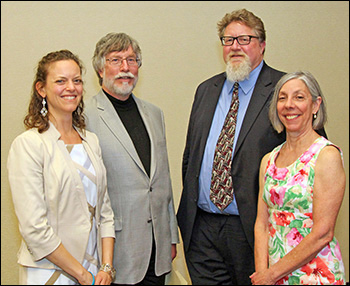 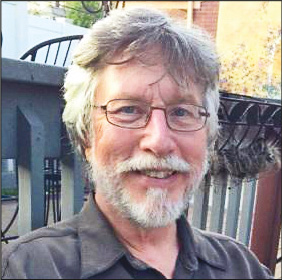 Dr. Robert Heath is Chair of the Coastal Resources Advisory Council of the Ohio Department of Natural Resources. Dr. Heath is Professor Emeritus in the Department of Biological Sciences at Kent State University, where he taught

and conducted research beginning in 1970. Dr. Heath was instrumental in establishing Kent State’s Water Resources Research Institute,a multidisciplinary consortium of faculty in Biological Sciences, Chemistry, Geography and Geology, conducting research on problems of freshwater quality, abundance and availability of national and international significance. He was Director of WRRI from 1992 until his retirement in 2008. In 2008 he was awarded the Ohio Lake Erie Award by the Ohio Lake Erie Commission for his “significant contributions and dedication to the protection and restoration of Lake Erie.”

Prior to his career at Kent State, Dr. Heath earned a B.S. in Pre-Medicine in 1963 at the University of Michigan and a doctorate in Biophysics at the University of Southern California in 1968. He then was a Postdoctoral Research Fellow in molecular biology at the California Institute of Technology. He and his wife, Beth Buchanan, live in Portage County where they own and operate Creekside Gardens, an organic farm and registered apiary.

Kristy Meyer is the Managing Director of Agricultural, Health & Clean Water Programs for the Ohio Environmental Council. Ms. Meyer joined the OEC legislative staff in 2005. She has advocated for the enhancement of quality of life and protection of the ecosystem in the development offederal and state budgets, appropriations, and regulatory policies. Her specific responsibilities have included regulation of overuse and misuse of antibioticsin animal agriculture; enhancing consumer access to locally-produced foods; protecting Clean Water Act standards and developing improved rules as increased scientific information becomes available; and analyzing current legislative proposals to determine their likely effects on water quality in Lake Erie.

Ms. Meyer is also a co-chair of the Healing Our Waters– Great Lakes Coalition. Ms. Meyer holds a B.S. in Environmental Biology and Business Administration from Heidelberg University in Tiffin, Ohio. She earned a M.S. from James Cook University in Queensland, Australia, where she worked with Aboriginals on Natural Resource Management Issues and formed a “Greening Strategy” for all of Northern Australia, including Papua New Guinea. 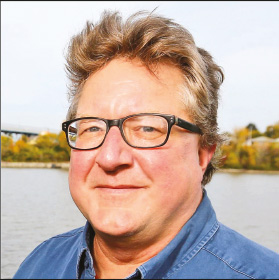 Tom Henry began his journalism career 34 years ago. He has focused on Great Lakes environmental-energy issues for most of his 22 years at The Toledo Blade. His many awards include one in 2014 from the International Association for Great Lakes Research, which honored Tom as the first newspaper journalist to receive its prestigious Jack Vallentyne Award. IAGLR created that award a few years ago to recognize one person each year it believes has made a contribution to the public's understanding of the Great Lakes through sustained, high-level science communications for at least 20 years. Tom also is the only two-time recipient of a Vermont Law School fellowship for environmental journalists. In 2014, he studied legal issues pertaining to environmental justice from Barry E. Hill, a U.S. EPA lawyer who headed up the agency‘s national environmental justice program for nine years (two years during the Clinton administration; seven years during the Bush administration). Before that, Tom was on a 2006 Vermont Law School fellowship for nuclear power public policy and law, studying under Peter Bradford, one of five Nuclear Regulatory Commission board members during the 1979 Three Mile Island Unit 2 crisis in Pennsylvania. In 2008, he spent 10 days in Greenland researching what became a four-day, nine-story series about climate change connections between Greenland and the Great Lakes region. The package was cited by Columbia Journalism Review, the Knight Science Tracker and the Yale Forum on Climate Change & The Media. Tom wrote Great Lakes environmental-energy columns for several years before moving over to write a Great Lakes blog, Ripple Effect, in late 2013.